Things You Should Know About the USS Midway

The USS Midway is the longest-serving aircraft carrier in history. You will find it here, along with many other exhibits and artifacts that tell the story of this ship’s long, storied service. Located on historic Navy Pier in downtown San Diego, this museum offers an intimate glimpse into life on board a naval vessel during World War II. If you’re looking for some peace and quiet or an educational experience, then come see us! Open every day from 10:00am to 5:00pm (except Thanksgiving Day), admission is $26 per adult and $18 for children under 12 years old with a paying adult. Parking is available at nearby Navy pier parking garage for $10 – $20 per vehicle but limited availability so be sure to plan accordingly. Once you get here, make sure to pick up a map of the ship it’s HUGE. You’ll want to know where everything is.

The History Of The Ship The USS Midway was the longest serving aircraft carrier in 20th century. It was commissioned on September 10, 1945. US Navy’s first midwinter sub-Arctic operation. Midway was the first ship to launch a captured German V-2 rocket.

The success of the trial made the dawn of naval missile warfare.Midway served with Atlantic Fleet for 10 years, making 7 deployments. It was rebuilt with an angled deck after it returned from its round-the-world cruise in 1955.

Midway is the first combat deployment of aircraft in Vietnam. 17 aircraft are lost during this cruise.Operation Frequent Wind was a chaotic two day period to evacuate refugees from Saigon in 1975. Midway is decommissioned for four years for an overhaul in 1966, while being used as a floating base for large helicopters during Operation Frequent Wind.

Potential threats to the Arabian oil supply have grown and Midway was used as a floating base Midway was the first carrier to be homeported abroad. Deployed in Operation Desert Storm and had no losses.

Why This Museum Is A Must-see For San Diego Visitors The USS Midway Museum is a must-see spot for anyone visiting San Diego. If you’re not sure what to do, take a look at this list of things you should do when visiting Downtown San Diego.

Timed ticket is required to enter museum. Guests must wear face coverings, abide by distancing signage, and agree to temperature screening before entering the museum. Audio tour is a highlight so don’t miss it.

The USS Midway Museum is a must see for San Diego visitors because it offers an insight into the life on board a naval ship during World War II.

The museum offers interactive exhibits that allow you to explore what life was like for those who served. You can explore the bridge, the mess hall, communications tower, and more.

After exploring the exhibits, spend some time at the deck where you can take in sweeping views of San Diego with your family or friends.

How To Get There – Directions The USS Midway does not have a parking lot. You can park your car on Navy Pier next to the USS Midway Museum. But you cannot put an RV there.

During the summer, parking is limited. So get to the event early so you can find a spot.

You can park your car on the street near the USS Midway Museum if you put money in a parking meter. You need to read all signs carefully so you know how much time is left in the meter and how much it costs.

In the parking lot, there are handicapped parking spots near the front. People can get these spots if they show up first.

There are many buses which can drop big groups off at our ticket office, but they cannot stop on the pier. Big vehicles over 18 feet long are not allowed to be parked on the pier. The closest place for parking these vehicles is in metered spaces along Pacific Coast Highway.

The Port of San Diego is happy to start the Waterfront Summer Shuttle again. This shuttle goes on the waterfront and has a low price. The shuttle will be here from May 24th until September 2nd, 2021.

The train depot and the trolley station are not far from the USS Midway. You can walk there or take a train or trolley.

Tips On What To Do When You Arrive At The Museum -There are no drink, food, or book vendors at the museum. Bottled water is available for purchase in the museum bookstore.

-Pets are not allowed in the USS Midway Museum or on Navy Pier.

-All cell phones, cameras, and bags are subject to search before entering the USS Midway Museum. Lockers are available for your convenience inside the museum.

-There is ample seating indoors in the museum’s theater and on the flight deck outside. When you arrive at Navy Pier you can park either in their parking lot or on the street.

Skip the Line And Get USS Midway Museum Entry Ticket Skip the line at the USS Midway Museum when you’re in San Diego.

The USS Midway is a museum that’s been around since 2004. It’s an aircraft carrier, and it was commissioned by the Navy on September 10th 1945. This ship has seen a lot of history – from Vietnam to Iraq, and now it can be your home away from home.

You don’t have to wait in line for hours before getting inside this awesome place. We’ll make sure you get right through so you can start exploring all of its exhibits as soon as possible.

Click here to skip the line at the USS Midway Museum today!

The USS Midway was the longest-serving aircraft carrier of the US Navy, and is now a Naval museum in San Diego.

It has 25 restored aircraft from WWII to Operation Desert Storm, with docents eager to share their stories, anecdotes and statistics about this historic ship.

Included are family oriented activities like 3 types of flight simulators which allow you to climb aboard or take off on simulated missions; there are music videos, short films and more for all ages.

The Museum is located at the Navy Pier in downtown San Diego – it’s an excellent way to spend your day.

Add to your Google Map

It was a great experience to tour the USS Midway Museum. It is one of those places that you can go with anyone and have an amazing time. The veterans who work there are so knowledgeable about what they are talking about, which makes it even better for kids to learn from them as well! I would recommend this place if you want something different than your average museum visit because it’s not every day you get to take a walk around an aircraft carrier. 50 Best Things to Do in San Diego (California) 15 Best & Fun Things To Do In Monterey, CA (Attraction & Amazing) 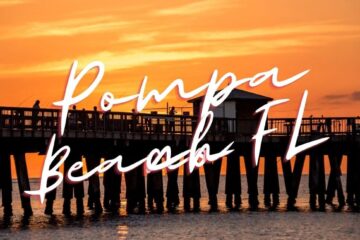 15 Best Things To Do In Pompano Beach 7 Popular Ways to Enjoy Santa Barbara Aside from Beach