The Bahamas is NOT AND HAS NEVER BEEN a part of the United States; instead, they are a self-governing, independent country. They gained independence from Great Britain on July 10, 1973, and now it is a fully independent members of the Commonwealth, the Caribbean Community, the Organization of American States, and the United Nations.

What is the Relationship Between the Bahamas and the USA?

After The Bahamas gained independence from the United Kingdom, the United States established diplomatic ties with the country.

The government of the Bahamas and the US have teamed up to fight irregular migration and reduce crime. The Bahamas are utilized by transnational criminal groups as a transit point for drugs, guns, and unauthorized immigrants headed for the United States because the closest island is only 50 miles from Florida’s shore.

The citizens of both nations are free to travel without a visa or other limitations thanks to this agreement, which is still in force today. Additionally, it enables the transfer of capital, labour, goods, and services between them.

In what continent is the Bahamas located?

The Caribbean region of North America includes the Bahamas. The country is situated in North America, off the southeast coast of the United States.

How Many Islands Are In The Bahamas?

The Bahamas, an archipelagic nation officially known as the Commonwealth of The Bahamas, is located on the westernmost tip of the West Indies and makes up the majority of the sizable Lucayan Archipelago.

The Bahamas are located northeast of the Cuban Republic, northwest of Hispaniola Island and the Turks and Caicos Islands (a British overseas territory), east of the Florida Keys, and southeast of the US state of Florida. Totalling 13,878 square feet in size In the Atlantic Ocean.

The most populous island in the Bahamas is New Providence, which covers an area of 207 sq km. According to the 2016 census, the island is home to roughly 274,400 people or more than 70% of the nation’s entire population.

The capital and largest city of The Bahamas is Nassau, which is located on New Providence Island. In addition to being a bustling seaport and the nation’s administrative, economic, educational, media, and commercial hub, Nassau is a primate city.

The city has become a well-liked tourist attraction that draws many visitors from all over the world thanks to its breathtaking landscape, natural surroundings, agreeable tropical climate, and proximity to the United States.

Bahamas people are referred to as Bahamians. The Commonwealth of the Bahamas is where they first appeared. You can also obtain citizenship to become a citizen of the Bahamas.

Interesting Facts about the Bahamas

Stunning White Sand beaches- The Bahamas have some of the world’s most stunning beaches, which feature pure white sand. Swim in the glistening clear water while taking a break on the smooth, white sand.

Turquoise seas- Visitors can easily view their surroundings from above or below the surface because of the crystal-clear blue water surrounding several islands.

The swimming pigs of Exuma- Sailors who needed food during their long trips brought pigs to Exuma; today, they swim around freely in the sea! Guests can swim with these pigs on the private island of Big Major Cay or during neighbourhood tours.

Bahama Mama- This is the place where the Bahama Mama cocktail was created. A concoction of rum, lime juice, pineapple juice, and coconut cream. According to legend, you will supposedly feel like a true Bahama Mama if you consume enough of these!

Rich History- This stunning island chain is rich in history, which can be explored. If you’re interested in learning more about the history of pirates, including Blackbeard, who used to hide out there while robbing ships off the coast of North America, there are a lot of museums where you can do so.

If you want to visit the Bahamas, you can also check our article about How To Take Miami To Bahamas Day Trip Affordably. 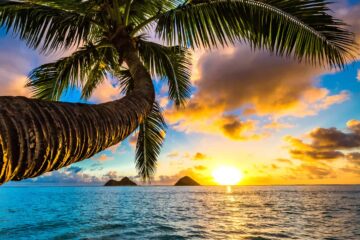 Do I Need A Passport To Go To Hawaii How To Travel From Manila to Maldives – My Journey 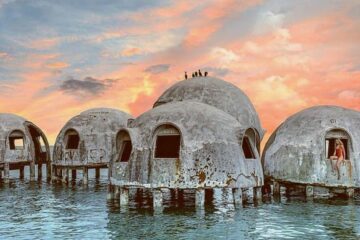